There are no encores on the Naughty Rhythms tour. but on Saturday night at the Rainbow each band – Chilli Willi.and.the Red Hot Peppers, Dr. Feelgood and Kokomo could have done one. There was a good feeling in the theatre, and although all three bands showed some inexperience of working to audiences of that size in that situation they got plenty of help from the front of the stage and there was some excellent music played.

The Willi’s set was crisp and good natured: it’s unfortunate that they have been stuck with the ‘nice little band’ thing, because that’s what has strangled them: but they are a nice little band, and it is a business which doesn’t allow nice little bands to earn a living wage. rather than the band itself, which is at fault.There should be a place for good musicians with a sense of the absurd who like to play bluegrass, country, blues and swing- their reception at the Rainbow shows there is such a place in people’s hearts, but their decision to knock it on the head after this tour shows either that the pockets of the music business aren’t deep enough, or that people aren’t prepared to dig their hands in deep enough. 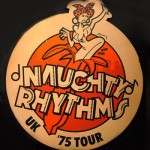 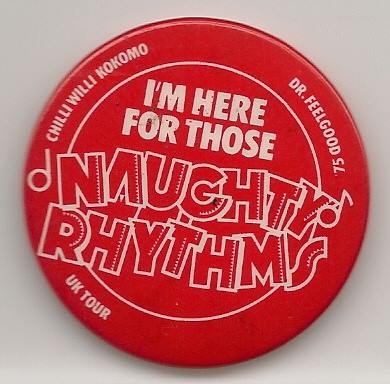 Dr. Feelgood got a huge cheer when they went on, and a standing ovation from at least half the crowd when they finished. When Lee said they were going to do ‘Route 66’. he got the loudest pre-song cheer of the evening. The set was well paced, with ‘She Does It Right’. ‘Hog For You’. -‘Riot In Cell Block Number 9′. -Roxette’, ‘Keep It Out Of Sight’, and ‘Bonie Maronie “Tequila”‘ among the high points. I’ve seen them play better, but I was surprised how effective they were in front of a large crowd. Their ovation was justified. and it made an old man very happy to see them get it.

Kokomo got higher, and lower. In places like the Hope or the 100 Club, the highest points grow out of a much looser way of playing than is possible in a place like the Rainbow, where your attention is focused much more sharply and needs constant prods, It takes more experience of that kind of venue than Kokomo collectively, rather than individually have had to sustain a stretched build-up over a riff and urging the people to clap their hands and stomp isn’t the way. Their more formal pieces were therefore the most successful.

I thought Frankie Collins’ performance of Aretha’s ‘With Everything I Feel In Me’ was magnificent, both for. his voice and for the sense of brooding. pent up energy the form of the song imposed on the band.
Alan Spenner’s bass lines threatened to punch holes in the back wall. A showstopper no less. Neil Hubbard’s ‘Any-time’ and Bobby Womack’s ‘I Can Understand It’ (‘before Tony O’Malley got into his introduce-the band routine) had a similar effect. Kokomo are potentially one of the most musically enthralling and emotionally satisfying bands to have emerged in years, and they’re getting closer to their potential all the time. 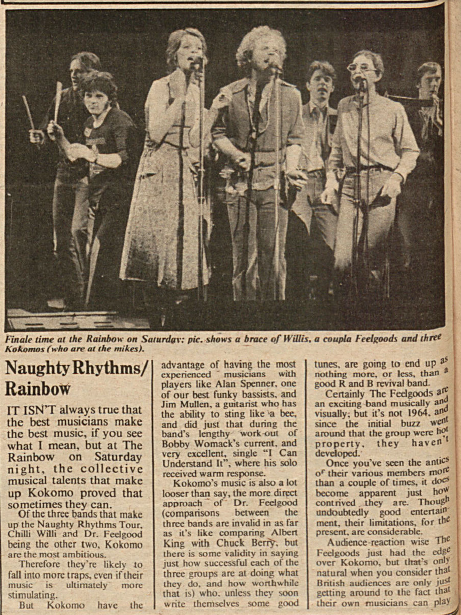 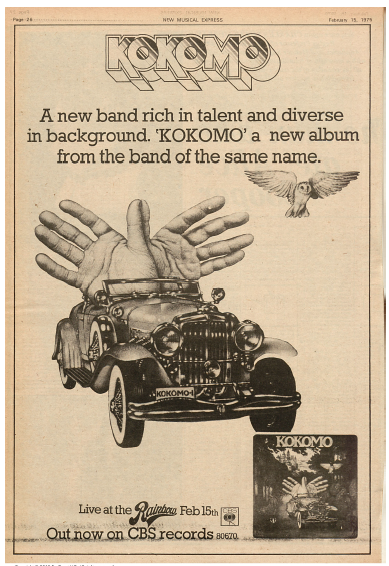