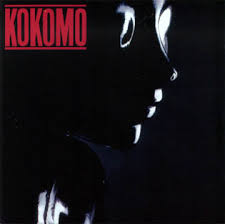 ON AND off group Kokomo have at last breached the charts with ‘A Little Bit Further Away’, in at number 68. The band have broken up and reformed more times than they care to remember. They’d go their separate ways, do some session work, then get back together again for a few gigs.

The latest reunion is thanks to Dick Asher, head of Columbia Records, who got in touch with them and asked them to get back together again, an unusual involvement for a record company boss. But his judgement was sound and now they have a surprise hit on their hands. As soon as they succeed In finding a manager they hope to go out on tour. “Just now it’s too time consuming to manage ourselves” Dyan Birch explains. “It would be good to have the time to be totally In charge of our affairs but it means that you’re neglecting the creative side of things.”

Although Kokomo have been idle as a group for the past five years, as separate members they have been busy. Various sessions with artlsts such as Carol Grimes, Mickey Gallagher, Paul Carrack, Nick Lowe and Marianne Faithfull kept their vocal chords in trim. Frank Paddy and Dyan even went out on tour as backing singers for Bryan Ferry. But while such tours were enjoyable, the lure of Kokomo always pulled them back together agaln. Yet, until Dick Asher took a hand in their fate, such reunions didn’t last.

“What normally happened was we’d get together and do a few gigs and then flnd we were financially hard up, so we couldn’t continue”, Frank says. “It wasn’t odd that we got together so, often because apart from bumping into one another at sessions all the time, we’d see each other socially as well, so in a way we hadn’t really broken up.

This time, however, the reunion should last longer, with a new LP, ‘Kokomo’ recently released, a few dates in Holland, and even American ears picking up in the street.